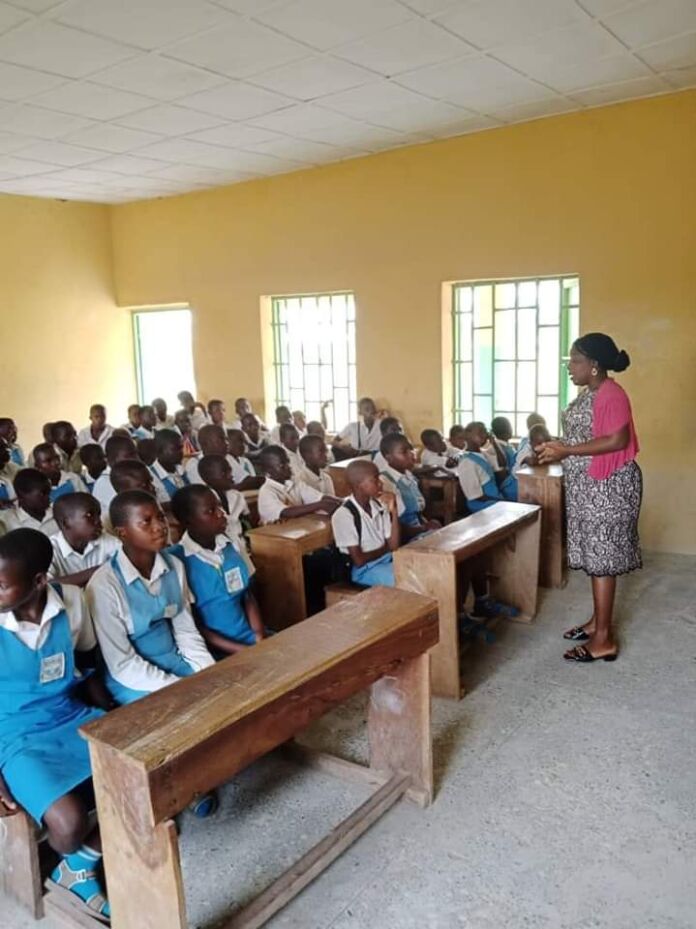 The United Nations Children’s Fund, UNICEF, Global Partnership for Education, GPE, and the Federal Ministry of Education, FME, have charged teachers to discipline students with caution and avoid using abusive acts against them.

A representative of the Ministry of Education, Dr. Clement Dyege gave this charge during a sensitization meeting organized by UNICEF in conjunction with GPE and FME for Head Teachers on Ending Corporal Punishment, in Logo Local Government Area of Benue State.

Reviewing the implementation of the second phase of UNICEF, GPE and FME supported “Back to School Campaign” in Benue, the Executive Chairman, State Universal Basic Education Board, SUBEB, Mr Joseph Utse, represented by Permanent Member 1 of the Board, Mike Kusah, said ending corporal punishment is a policy matter which must be considered by relevant education stakeholders.

Utse who noted that inhuman treatment of learners and bullying have to be abolished, charged head teachers to seek alternative ways of disciplining erring learners to avoid drop out and low enrollment rates in schools.

Also speaking, Director of Social Mobilization, Mr Emmanuel Ejeh, represented by the Enrollment Drive Campaign Desk officer SUBEB, Emmanuella Akese, while sensitizing head teachers and learners on the dangers of Corporal Punishment and bullying at LGEA Central School, Katsina Ala, said bullying and Corporal Punishment in school are abusive acts which are at par with education and can cause poor academic performance and increased drop out rates in schools.

The Education Secretary, Katsina Ala, Mr Jonathan Chagba, and her Logo counterpart, Mrs Terseer Amon, urged teachers to use guidance and counseling and choose appropriate punishment methods in correcting learners saying it will help the child take the right steps.

Responding on behalf of The Head Teachers, Mr Aye Michael and Nyikwagh Michael all appreciated UNICEF, GPE and FME for the sensitization meeting. They pledged to put all they were taught to practice to make basic education more attractive to the child.